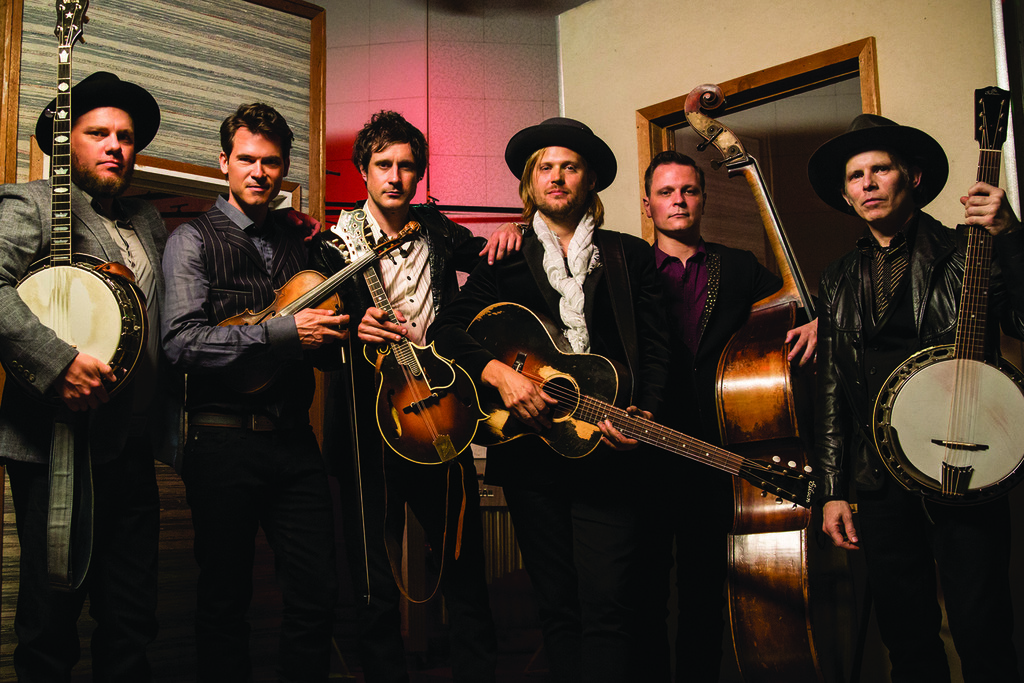 “Old Crow Medicine Show are so consistently good that it’s easy to take them for granted. . . they were the antecedent to bands like the Avett Brothers and Mumford & Sons. And their catalog is crammed with albums that replicate the unbridled joy and communion of their live shows.” – Boston Globe

The band’s first studio album in four years, Volunteer, produced by Dave Cobb will be released April 20th on Columbia Records Nashville. The band will celebrate release day on the stage of the historic Grand Ole Opry, where they are members, before hitting the road. Tour highlights include New Orleans Jazz & Heritage Festival, Bonnaroo Music & Arts Festival, Willie Nelson’s Outlaw Music Fest and a headlining show at Red Rocks Amphitheater. Rolling Stone Countryposted an exclusive premiere of the song “Whirlwind” along with a feature on the new album today. Click HERE to listen.

Sonically, the instrumentation on Volunteer rocks a little bit more then on previous albums. The band took full advantage of RCA Studio A and brought electric guitar back into the mix for the first time since 2004. For a taste of the variety showcased on Volunteercheck out the playful “Dixie Avenue” which was recently premiered by Billboard HERE. All of the songs on the new album were written by Old Crow Medicine Show, showcasing the band’s growth in songwriting as well as Ketch Secor’s ability to capture a cross section of themes and influences.

Celebrating their 20th anniversary, Old Crow Medicine Show is coming off of a busy year touring in support of their latest release, the critically acclaimed 50 Years Of Blonde On Blonde, a tribute to the Bob Dylan classic. Further demonstrating their unique adaptability as an old-time string band, Old Crow Medicine Show also recently collaborated with 2018 Grammy nominee and pop sensation Kesha for CMT’s Crossroads, which aired on December 6th of 2017.

Old Crow Medicine Show’s longevity, versatility and fiery live performances have proven that after 20 years, they remain one of the most vibrant and forward thinking traditional bands of their time. Their 2018 tour in support of Volunteer is one not to be missed.