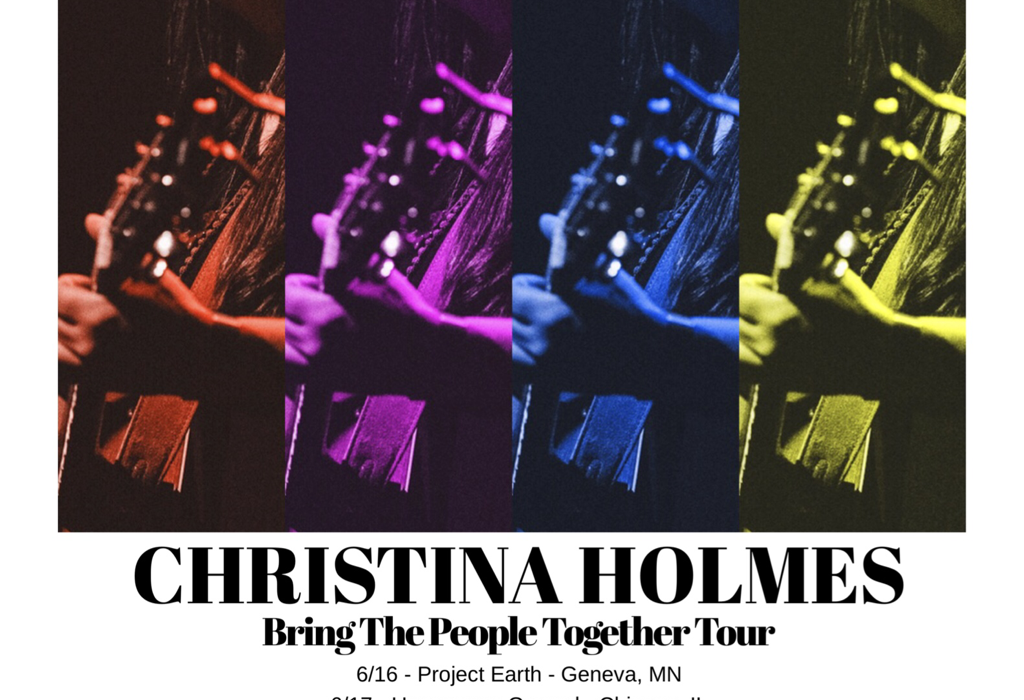 “I want this song to help those who are struggling to be who they are. To help them realize they are good enough and will be loved no matter who they choose to love” shares Christina.

This summer Christina will embark on her first headline tour.  The tour, dubbed the “Bring The People Together Tour,” will begin with a performance on the main stage of the Project Earth festival on June 16th and will make stops in Chicago, Cleveland, Boston, and Burlington. Christina will be inviting local musicians to perform on each date of the tour.  Tickets are available here: http://www.christinaholmesmusic.com/tour.html

After launching her own label Cove House in 2017, Christina dove headfirst into her sophomore album, Stand Up, with producer Warren Huart [Colbie Caillat, James Blunt].  Following the album release, Christina embarked on a marathon of touring alongside Trevor Hall, Xavier Rudd, and Nahko of Medicine for the People.  Traveling from city to city she shared her musical message of empowerment and peace.  From the plaintive lyrical poetry and wind-swept soul of “Let My Music Free Your Soul” to the clarion call of “Stand Up,” her voice resounds with power and passion. The final track of Stand Up, “Always,” is perhaps one of her most personal, written after the passing of her father David Holmes, Sr., it incorporates the last voicemail he left Christina. One of her must upbeat songs, “Positive Day,” captures Christina’s infectious energy and encourages people to see the light in their everyday life and to live life to the fullest.

Bring The People Together Tour Dates: