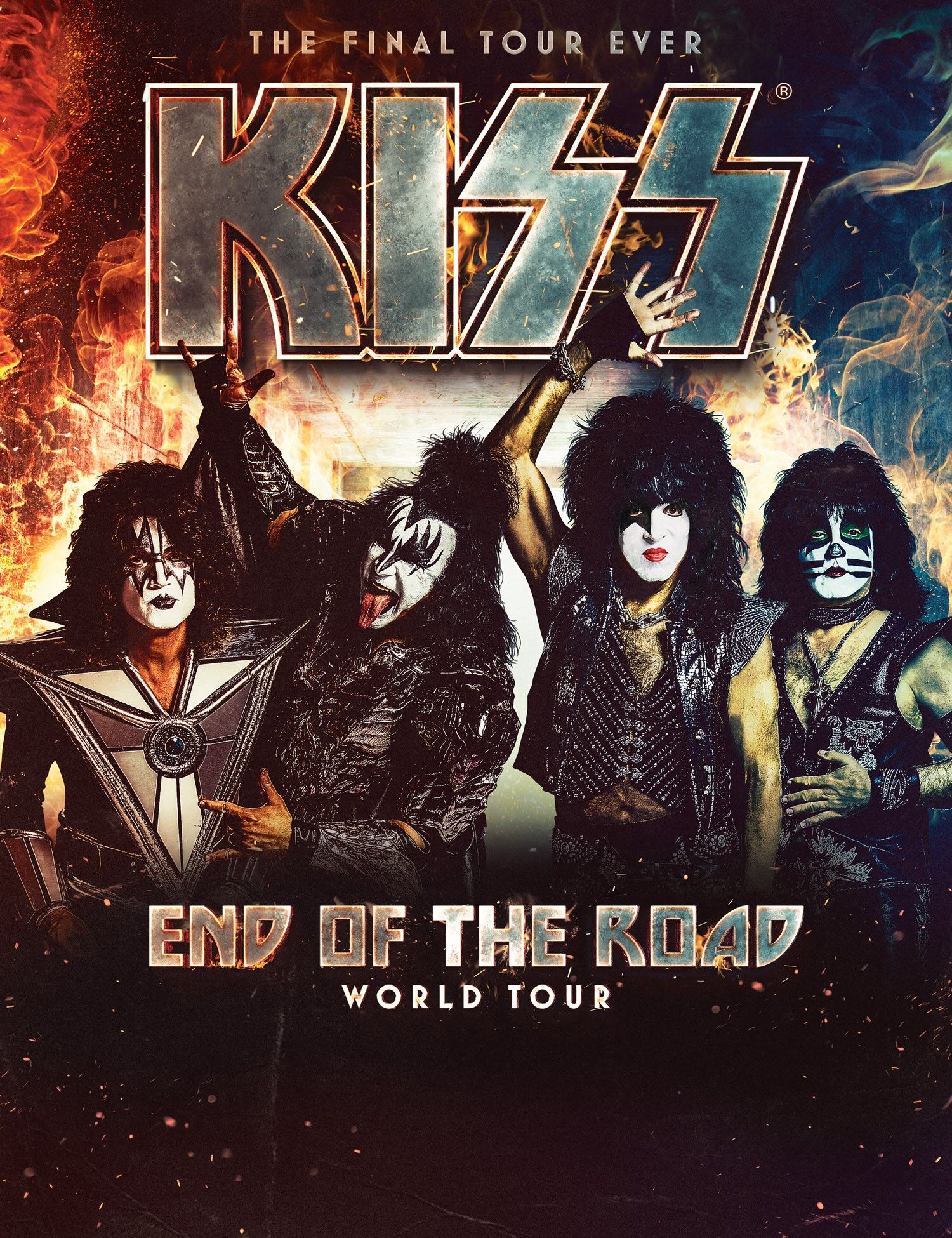 After an epic and storied 45 year career that launched an era of rock n roll legends, KISS announced that they will launch their final tour ever in 2019, appropriately named END OF THE ROAD. The initial announcement was made a month ago on NBC’s America’s Got Talent which sent the internet into overdrive with fans hoping their city would get one final KISS show. The band announced today the first set of dates and cities in North America, produced by Live Nation. International markets were also announced simultaneously today. Tour itinerary detailed below; KISS will be offering VIP experiences and special KISS Army fan presales.

KISS Meet & Greet Experiences will be available beginning Tuesday, October 30th at 10am local time through kissonline.com. KISS Army fan club presales will begin Wednesday October 31st  at 10 am local time also through www.kissonline.com. Citi is the official presale credit card for the End of the Road World Tour. As such, Citi cardmembers will have access to purchase U.S. presale tickets beginning Wednesday, October 31 at 12:00pmlocal time until Thursday, November 1 at 10:00pm local time through Citi’s Private Pass program. For complete presale details visit www.citiprivatepass.com. Tickets to the general public will go on sale starting Friday, November 2 at 10am local time at LiveNation.com.

Known for their trademark larger-than-life blistering performances, KISS has proven for decades why they are hands down the most iconic live show in rock n roll.  The Rock & Roll Hall of Famers who have sold more than 100 million albums worldwide have said this tour is devoted to the millions of KISS Army fans.

“All that we have built and all that we have conquered over the past four decades could never have happened without the millions of people worldwide who’ve filled clubs, arenas and stadiums over those years. This will be the ultimate celebration for those who’ve seen us and a last chance for those who haven’t. KISS Army, we’re saying goodbye on our final tour with our biggest show yet and we’ll go out the same way we came in… Unapologetic and Unstoppable,” said KISS.