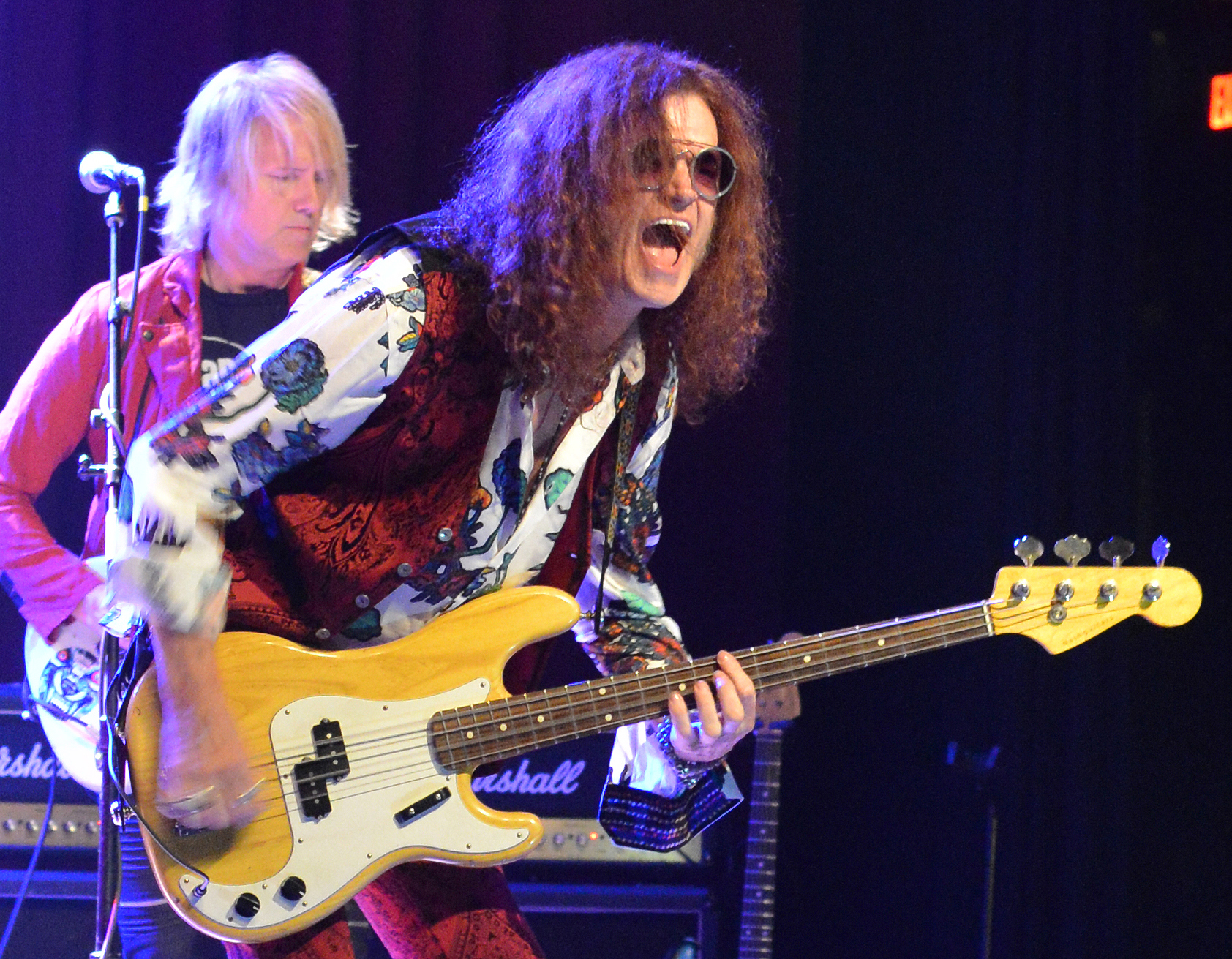 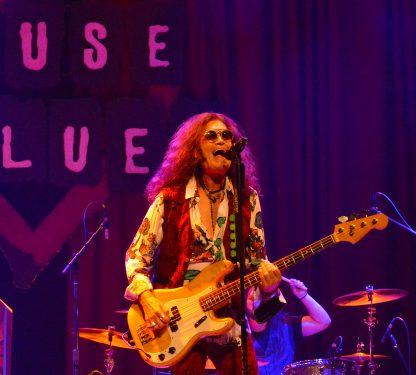 You see, the show was kind of a biography of Glenn Hughes and one of the best bands that came out of the 70’s.  Glenn Hughes, dressed in his 70’s style dress played the live music of Deep Purple from the 1970’s.  If you remember seeing Deep Purple from the 1970’s, (if you don’t just YouTube them) looking forward at the stage would have brought you down memory lane. Looking at stage right, you could see the familiar Hammond organ.  The drum kit was down low in an in your face setting.  No fancy risers, no two toms, nothing but an old-fashioned simple music making drum kit.  Stage left sat the guitar.  There were no fancy lights, no fog, no floor to ceiling amplifiers…just a simple stage that was home to some unbelievably talented musicians.

The crowd was of more of a subdued nature, with most of the front of the house seated for the event. At times they all stood up, but for the most part they were intrigued by the amazing craftsmanship that was displayed in front of them.

The night for me was a night to just sit back and remember the 1970’s.  As a freshman in senior high, I can remember that music was my escape. Whenever times for me were or became difficult, I turned to music…Deep Purple was one of those bands that helped me to escape the daily grind of school and peer pressure.  I can remember watching the seniors drive around in the cars, yes with big fat tires and everything…blasting music from their somewhat simple stereo systems and doing burnouts as they left the stop signs. One song in particular was my great escape and that song was Highway Star.  I can remember running home to throw on the record and turning the volume up to number 10.  While standing tall trying to destress I wanted to be that Highway Star.  Well that was until one of my parents pounded on the door tell me to turn it down.

For Glenn it also seemed like the show was a trip down memory lane.  He was sure to tell the crowd a story behind all of the songs he played.  He was more than personable.  At times it felt as if he were talking to each of us individually.  He somehow knew that everyone was having flashbacks as to where they were when the songs were first played.  He captured the audience with his infamous charisma, which is lacking in a lot of today’s artists.  Glenn was happy to pull away from his place behind the microphone when he saw someone step up to the stage to grab a phone snapshot of him…he smiled continuously throughout the show.  He was truly enjoying himself and the audience fed off of that.

After he sang Might Just Take Your Life, he was addressed the crowd saying; “Cleveland!  It’s an honor to be standing in front of you tonight, now let’s continue this fucking soiree!”  One thing needs to be mentioned here and it’s the vocal ranges Glenn hit during the evening, especially during Might Just Take Your Life.  It’s was truly amazing to hear how someone who’s been singing for as long as he has and how he could still hit those ranges.

As the set progressed, Glenn and the band seemed to get better and better.  It was as if the spirit of the 1970’s Deep Purple band was with Glenn the entire night.  Right after Hughes performed Sail Away, and before an amazing keyboard and drum solo, he stood in front of everyone and declared; “We’ve been doing this Tour, Glenn Hughes performs Classic Deep Purple Live for about eight months and we have another six to eight months to go.  We’ve gone around the world twice.  It’s been a great journey, you have to know that this is the first time I’ve done the entire, you know, show of the songs that I’ve was an architect of all those years ago. These songs from Deep Purple marks songs from David, Jon, Ian, Ritchie and Tommy.  I think they were important for a lot of people so I’m really honored to be playing these songs for you this evening, and I will be back, you gotta believe that.  I’ve been living in America amongst you for 45 years.  I’m one of you now by the way and I love you so much and it’s gonna be a great night, I’ve been so looking forward to this night…How ya’ Feeling?! It doesn’t feel like a Sunday night to me, right?  Let’s make it a Friday, let’s tell people it’s a Friday.  I just want you to feel free, be happy, rejoice…if you want to fricking dance, if you want to just look at me that’s cool, if you want to get up and start moving around, go for it.  I love you sincerely.  Fucking go for it!”

The show continued on and was filled with some of the most amazing music played live today.  The crowd however was obviously waiting for the some of the more popular songs created by Hughes and Deep Purple and Glenn didn’t disappoint.  The end of the set included an amazing rendition of Smoke on the Water.  The encore was probably the highlight of the show.  Hughes gave up his bass during Highway Starand concentrated everything on perfecting his vocal range as he sang the song and interacted with the crowd, thanking them for helping him get through the night and making promises that he would be back soon.

Yo-Yo Ma And The Music Of Strangers