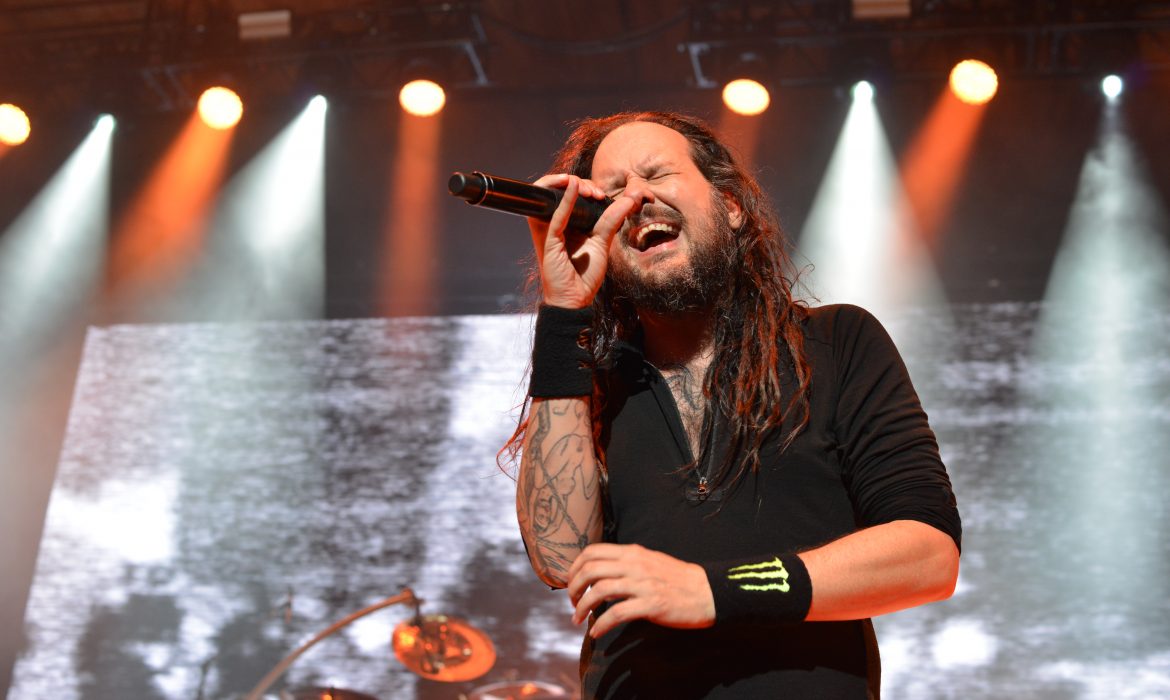 Jonathan Davis, the storied frontman of critically lauded rock band Korn, has released “What It Is,” the diverse and distinctive first single from his forthcoming debut solo album. The new track, which premiered on SiriusXM’s rock station Octane, is set for release on Sumerian Recordsin Summer 2018.

“What It Is” is available now: to Purchase | Video: https://www.youtube.com/watch?v=pSABKRTtJM8

The new music represents a natural step for the Bakersfield, CA singer, songwriter, composer, producer, and multi-instrumentalist. Davis quietly compiled ideas for what would become this solo effort beginning back in 2007. Writing and recording on the road, he personally contributed guitar, keys, and anything else he could get his hands on to the record. Moreover, the music was primarily recorded live, a departure from Korn’s heavily calculated, meticulous, studio approach to creation.

“It took 10 years, and I’m so glad this project is finally out. It is something that is very close to me and I’m excited for the world to finally hear it. This time, I’m pulling something out of the audience,” Davis reveals. “I’ve bared my soul for so fucking long, I thought it’d be really cool to pull listeners in a different direction for once.” The lead single “What It Is,” for example, reveals hints of ominous piano keys, which bleed into a slow-burning verse before thick guitars snap towards an expansive and engaging refrain punctuated by his dynamic vocals. “I’m taking them out of that dark place and into somewhere that’s spiritual, positive, and makes them really think,” he adds. “It’s just art. I’ve changed lives with Korn, but I wanted to open minds with this shit.”

“I remember exactly when and where I was the first time I heard Jonathan’s vocals and Korn’s seven string guitars behind him,” recalls Sumerian Recordsfounder Ash Avildsen. “The world had never heard anything like it. His voice has been so culturally impactful that those same songs from two decades ago are still played countless times every day.  As a true icon and pioneer artist, the influential significance of his music is unparalleled in the modern rock era. If it wasn’t for what he created, I would not have ended up where I am today, nor would have many Sumerian bands.  It is truly an honor to be releasing the debut Jonathan Davis solo album. The record is absolutely brilliant, showing new depths to his songwriting and vocal performances that the world has yet to experience.”

Davis is no stranger to finding success while pushing the boundaries of music. His work with Korn yielded two GRAMMY® Award wins, eight GRAMMY® Award nominations, worldwide sales of 40 million-plus, and countless sold out shows in nearly every corner of the globe. Throughout over 20 years in music, his presence has coursed throughfilm scores, popular video game franchises, and official remixes for the likes of Steve Aoki and more. Along the way, he has also lent his voice to tracks for everyone from Linkin Park to Tech N9ne.

Jonathan Davis will bring these songs to the live arena for the first time in the UK with an exclusive appearance at DOWNLOAD FESTIVAL, where he’s scheduled to play the Zippo Encore Stage. For tickets and more info check www.downloadfestival.co.uk
Follow JONATHAN DAVIS:
Facebook | Twitter | Instagram