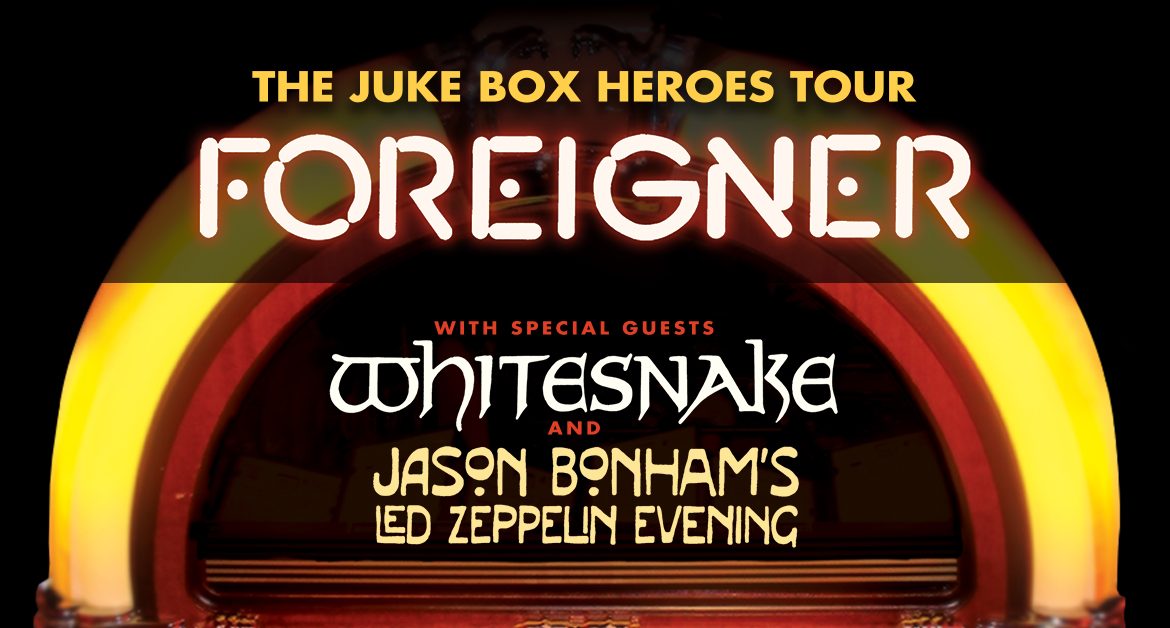 Los Angeles, CA (December 4, 2017) FOREIGNER, WHITESNAKE and JASON BONHAM’S LED ZEPPELIN EVENING, are getting into the holiday gift-giving spirit early with the announcement of their 2018 29-city summer “Juke Box Heroes Tour,” produced by Live Nation. Nothing warms up the chilly holiday season like the promise of a hot summer tour, and concert tickets make the perfect gift.

The legendary artists will cross the U.S. starting Friday, June 15, 2018 in Bangor, ME at Darling’s Waterfront Pavilion.  All three bands are led by Englishmen Mick Jones, David Coverdale and Jason Bonham who are part of the fabric of British rock, and will bring a summer of great music across the country. Foreigner’s 40th Anniversary tour was one of last summer’s best selling runs.

Tickets for the “Juke Box Heroes Tour” go on sale to the general public beginning Friday, December 8th at 10am local time at LiveNation.com. Tickets for Foreigner VIP packages including Meet & Greets with the band will be available at ForeignerVIP.com.

“I’m excited to join forces with my fellow U.K. countrymen, David Coverdale and Jason Bonham, for what’s sure to be a rockin’ summer tour in the States,” says FOREIGNER founding member and lead guitarist Mick Jones.

As Whitesnake lead singer David Coverdale says, “We are truly excited and looking forward to playing in 2018 with our friends, Foreigner and Jason Bonham, on their North American tour.”

Says Jason Bonham, “Being part of Foreigner’s 40th Anniversary Tour last summer was wonderful. Opening a show like that was very special to me, so when Mick asked if I’d do it again in 2018, I said yes without hesitation. I’m excited that Whitesnake will be filling out the middle slot this time as I’ve known David since I was 14 years old. It’s going to be a WHOLE LOTTA FUN!”

Since the 1977 release of their first hit “Feels Like The First Time” and their self-titled debut album on Atlantic Records, FOREIGNER has been universally hailed as one of the world’s most popular rock acts with 10 multi-Platinum albums, 16 Top 30 hits, and worldwide album sales exceeding 75 million.  Responsible for some of rock and roll’s most enduring anthems including “Juke Box Hero,” “Cold as Ice,” “Feels Like The First Time,” “Urgent,” “Head Games,” “Say You Will,” and the worldwide #1 hit, “I Want To Know What Love Is,” FOREIGNER continues to rock the charts forty years into the game with massive airplay and continued Billboard “Top 200 Albums” chart success.  FOREIGNER also features strongly in every category in Billboard’s “Greatest of All Time” listing.  Catalog sales often eclipse those of Led Zeppelin, AC/DC, The Rolling Stones, The Who, Def Leppard, Van Halen, Aerosmith, and most of their Classic Rock peers.  (Source: Nielsen SoundScan week ending 8/3/17). FOREIGNER’s catalog sales were recently celebrated in Business Insider as hitting the Top 40 among the Best Selling Music Artists of All Time ahead of Britney Spears, Bob Dylan, Phil Collins, Prince, Queen, and Bon Jovi.

Throughout this tour, FOREIGNER will continue their long-standing partnership with The GRAMMY Museum, by which local school choirs are invited to join the band on stage in almost every market they play. Through this program over the past several years, the band has raised well into the six figures for music in school programs, and given thousands of students

a life-changing experience to rock on stage with one of the most well known bands of all time.

Founded in 1978 by former Deep Purple singer David Coverdale, WHITESNAKE has earned multi-Platinum status for numerous albums, including TROUBLE, LOVEHUNTER, READY AND WILLING and COME AN’ GET IT, as well as the album that introduced the explosive hard rock revamped WHITESNAKE sound with SLIDE IT IN. The band is currently celebrating the 30th anniversary of their 1987’s self-titled multi-Platinum smash hit album, WHITESNAKE.  From these albums came multiple Top 10 hits worldwide, including two #1 singles with “Here I Go Again” and “Is This Love,” as well as the unforgettable hammer of “Still Of The Night,” all leading to virtual 24-hour domination of MTV around the globe. Bombast, bravado, talent and passion have helped establish WHITESNAKE as the perennial platinum favorite they have become and they’re back with a vengeance in 2018.  The world-renowned group featuring David Coverdale (vocals), Reb Beach (guitar), Joel Hoekstra (guitar), Michael Devin (bass), Tommy Aldridge (drums) and Michele Luppi (keyboards) are currently in the studio recording their tentatively titled new studio album FLESH & BLOOD.

When asked why he decided to start the project, Jason said, “It was medicine to relieve myself from the amount of Led Zeppelin that I had studied and rehearsed prior to the O2 show and then dealing with the realization that it wasn’t going to go anywhere beyond that one concert. It originally began as me just wanting to put together a show, but once I realized I could make it more than just the music it became something more. It gave me the opportunity to give a little nod to what everyone knows about my dad’s wild side but also show his sensitive side as well. For me, he was always dad at home and this was an idea to show a deeper side of that.”

Check out the tour at any of the following stops, with more dates to be announced in the coming weeks and posted on FOREIGNER‘s official website. Fans can also check out livenation.com for updates on tour dates and news. 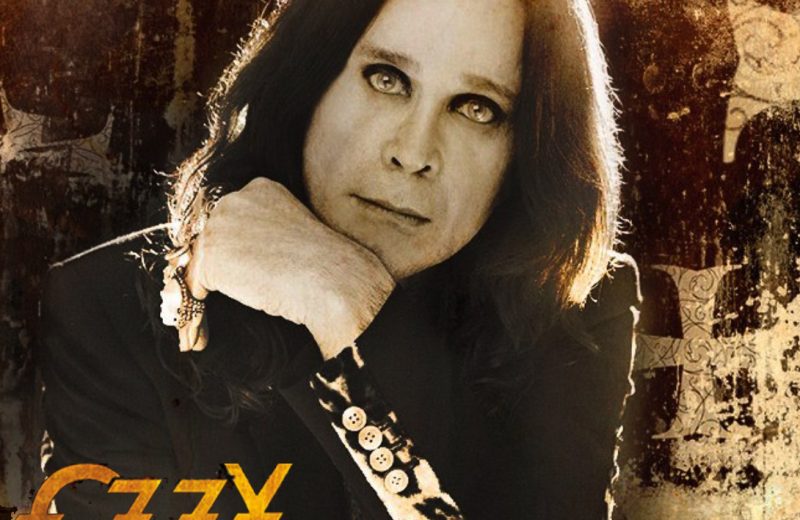