Cleveland Onstage
Home Press Releases New Album Dancing With The Beast Out May 18th From CMA-Award... 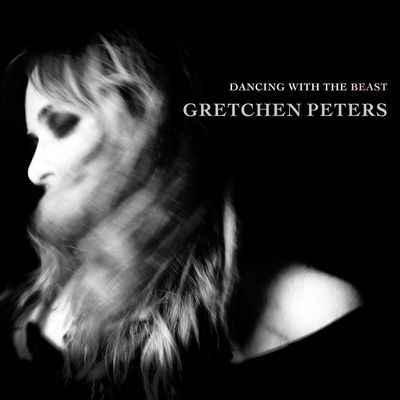 Facebook
Twitter
Pinterest
WhatsApp
Nashville singer/songwriter Gretchen Peters has released her new track “Disappearing Act”. The song is currently streaming via Rolling Stone Country, who describes the track: “A vivid portrait of a woman who’s lost too much to care about appearing genteel, Peters’ character sounds like she knows better than to get too comfortable.” “Disappearing Act” is the first single from Peters’ upcoming album Dancing With The Beast, which will be released May 18th.
Listen: Gretchen Peters – “Disappearing Act”
https://soundcloud.com/missingpiecegroup/04-disappearing-act/s-Ix1pl
There’s a bittersweet beauty to the passing of time — the changes it brings are just as often heartbreaking as they are heartwarming. The inevitable tension that arises from that sway is Gretchen Peters’ most trusted muse. With melody supporting that melancholy, the songs on Peters’ new album, Dancing With The Beast, combine to raise the high artistic bar set by her last outing, 2015’s award-winning Blackbirds. Strung together and populated with strong and broken female heroines, those vignettes make up Dancing With The Beast and, indeed, Peters’ entire discography.
After moving to Nashville in the late 80’s, Peters quickly established herself as both a talented performer and in-demand songwriter, writing songs for Martina McBride, Etta James, Trisha Yearwood, Patty Loveless, George Strait, Anne Murray, Shania Twain, and Neil Diamond. She also collaborated with Bryan Adams on the soundtrack of Dreamworks’ animated movie, Spirit, Stallion of the Cimarron.
Dancing with the Beast puts female characters at the fore, from teenage girls to old women, and intentionally so. With the 2017 Women’s March and #MeToo Movement as bookends to her writing, Peters knew that a feminist perspective would be the critical core of the record. “Those two events just put everything — as so many things in 2017 — in really stark relief,” she admits. “You can trace the feminist DNA in my songwriting back to ‘Independence Day’ and probably before. The thing that 2017 did is just put it front and center. It was very easy to kind of go to sleep for a while and just not think about that stuff because we were lulled into complacency for eight years.”
Beauty tempered by dread, sorrow buoyed by hope, this is the ever-present tug of war that make life worth living and songs worth writing. And they are the over-riding themes that make Gretchen Peters one of her generation’s most compelling singer/songwriters.